I am of an age that I do not exactly remember why Dick Cavett was important. He may not have ever been Johnny 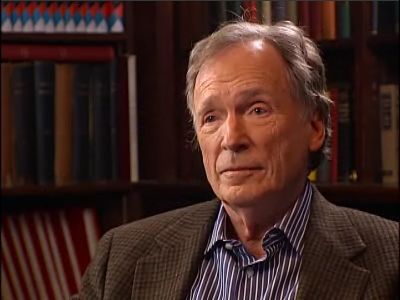 Carson, but Cavett managed to carve out quite a niche for himself as a talk show host and interviewer for the better part of three decades. I was either too young or he was just enough out of the mainstream that I never quite grasped his significance, although I knew he was highly regarded.

Several months ago, while at my mother’s house, I came across a Time magazine focusing on the death of actor/comedian Robin Williams. Near the back of the magazine, there was an editorial piece written by Cavett, titled “Robin Williams Won’t Be The Last Suicidal Star.” At the time, Williams’ suicide had impacted me greatly on a mental level, as I wondered to myself, “If someone so seemingly full of joy as Robin Williams couldn’t make it through this life, what hope do I have?”. I dug through pretty much everything written in the magazine about the late actor, including Cavett’s piece.

I was surprised to learn from the article (and later through Wikipedia and the internet) that Cavett himself suffered from bouts of depression, so his understanding of what Williams must have gone through was quite astute. Particularly striking was his description of how depression not only causes feelings of sadness, but also robs its sufferers of the ability to feel anything.

“You yourself may have thought, ‘How could he do this to his wife and kids?’ Easy. Because what’s been called the worst agony devised for man doesn’t allow you to feel any emotion for kids, spouses, lovers, parents … even your beloved dog. And least of all for yourself.”

I remember the night a dear friend of mine sat at our kitchen table and described to my wife and I how she just went numb one day. She described how she was just going to get in her car and drive one night. She didn’t have any clue where she might go. She didn’t care who she was leaving behind. She was just going to go. It sounds completely insane to someone who hasn’t been there. Why would someone just abandon everything? 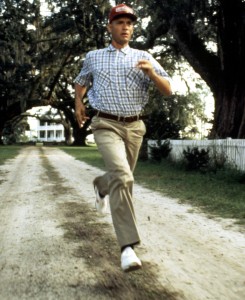 I’ve joked sometimes about the block-long walk from the office where I work to the post office where I pick up the company’s mail. I quip that every now and then I just want to pull a Forrest Gump and instead of stopping at the post office I just keep on walking to see where my steps take me. Of course, this is insanity. Anyone who knows me would immediately point to all the things in my life I should be thankful for and all the people who count on me and everyone who loves me. For some reason, though, my mind will occasionally disconnect from all that, to the point where all I want to do is see how far I can get away.

There’s no real anger in it. There’s no malice directed toward anyone. There’s no grand plan to make anyone miss me when I’m gone. I just go blank. I stop caring. The interesting thing is, people who do this are also extremely good at hiding it. Cavett recalls in his piece going back and reviewing an interview he did with Sir Laurence Olivier in which he was positive his performance was hampered by depression. To his surprise, Cavett looked as sharp as ever. “My eyes were bright, and the silences I recalled were gone,” Cavett said of his demeanor during the interview.

This is all very difficult to explain to someone who has never experienced it. Most people have never sat and stared at a spot on their kitchen table for 15 minutes or neglected emails they should have been responding to for several days or walked to the other side of the grocery store to avoid speaking to people they’ve known for well over a decade or walked off of a job for no apparent reason. The examples could go on and on. They’re not things normal people would do. Depression, however, is not a normal state of mind to be in.

If a person’s actions do not necessarily line up with their circumstances, it does not necessarily mean they are suffering from depression. Sometimes, though, circumstances don’t matter. Sometimes a person’s “right” to be depressed simply does not exist. To address this predicament, Cavett points to a quote from British actor and comedian Stephen Fry, who once asked the following question:

“And what have you got to have asthma about?”